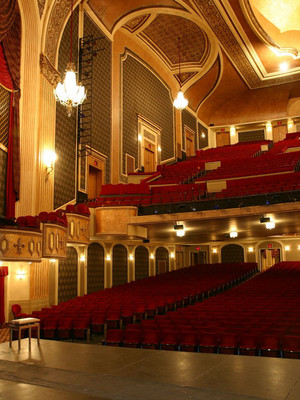 If you're happy to travel

You can catch Charlie Berens at Orpheum Theater in Sioux City, showing Sep 9, 2022

Charlie Berens is also touring to:

Manitowoc Minute creator Charlie Berens is back on the road this year with a new show, The Midwest Survival Guide, inspired by his childhood in Wisconsin and a love letter to what he calls his 'favorite region on Earth'. Pivoting between journalism and comedy, observationalist Charlie is an Emmy-winning entertainer and has featured on FOX, CBS, Funny Or Die, MTV and many more.

An homage and light parody of the region with hilarious clips like 'Midwest Siri','Husbands of Target', and 'Midwest Voice Translator', Manitowoc Minute debuted in 2017 and has now amassed millions of views.

Sound good to you? Share this page on social media and let your friends know about Charlie Berens at Blue Note Hawaii.