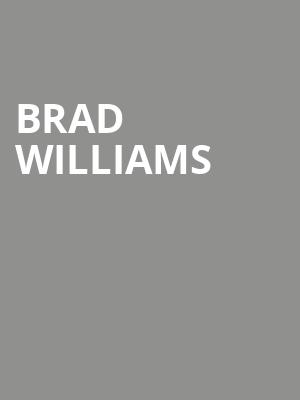 Photo by Allie Reefer on Unsplash

Prozac with a head

The Fun Size star heads out on tour

California-born Williams has made a striking mark on the nationwide comedy circuit, as well as having a large fanbase online as a guest on various comedy podcasts and radio shows. First discovered by Carlos Mencia at his live show after noticing him in the audience, the young Williams was invited on stage to contribute to the show, to huge applause. Regularly making references and jokes concerning his dwarfism, Williams displays a brazen attitude towards subjects including disability, relationships, sex, and race, attracting new audiences with every appearance.

A host of the iTunes podcast About Last Night, Williams also released his first comedy special on Showtime in May 2015, Fun Size to critical acclaim, making it the highest-rated show on the channel. In addition, he makes regular appearances on television shows such as Legit, Deadbeat, Dave Attell's Comedy Underground, The Tonight Show, Jimmy Kimmel Live, Mind Of Mencia, and Pitboss, all the while fending off confusion with Wee Man from Jackass.

You may be required to wear a mask during this performance. Please contact the venue directly for more information.

FABULOUS SHOW...Thank you Brad !! We have followed Brad since his days... more

Saw this show tonight and laughed the entire night. Both comedians were... more

Sound good to you? Share this page on social media and let your friends know about Brad Williams at Blue Note Hawaii.