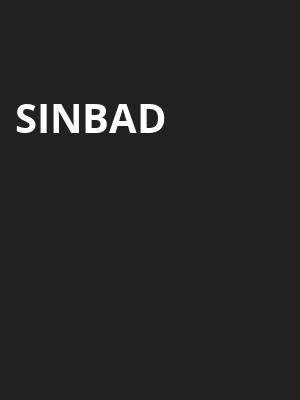 An evening with Sinbad, the stream-of-consciousness comedian who regales audiences of all ages with his 'slice-of-life' perceptions & observations about virtually everything!

ONE OF AMERICA'S HARDEST WORKING COMEDIANS

A hardworking funnyman whose family-friendly persona and animated antics have endeared him into the hearts of dedicated fans across the country, Sinbad has worked tirelessly to rise to the top of the standup circuit.

THE MAN BEHIND THE MIC

Sinbad aka David Adkins has kept America laughing hysterically for the best part of the last 20 years, and coming to prominence in the Nineties with a variety of television performances and film appearances, including Jingle All The Way, opposite Arnold Schwartznegger. A former serviceman, he chose the name Sinbad after the legendary hero, who he admired, as well as making him stand out on the entertainment scene. Never mind that he stands at a staggering six feet five inches tall!

He freely admits that he doesn't know actual jokes as such, aside from those from "back in the day" that his preacher father told him. In fact, he credits his father's attendance at an early gig of his to concentrate on non-sweary, observational humor - having been caught mid-flow a "semi-dirty story". His humor is inspired from everyday events, from love, marriage, career, money and faith, to the scrapes he gets into especially stories from his Air Force days.

When not touring, he can often be found advising companies on technological matters, as well as encouraging minorities to pursue studies in STEM. He has also established an academic scholarship at Atlanta's esteemed Moorehouse College in honor of his parents.

Suited for ages 12+ with parental discretion

You may be required to wear a mask during this performance. Please contact the venue directly for more information.

We had a great time and haven’t laughed that hard in a long time. I... more

Sinbad was outstanding! Non stop laughter; he was so down-to-earth.... more

Sound good to you? Share this page on social media and let your friends know about Sinbad at Blue Note Hawaii.